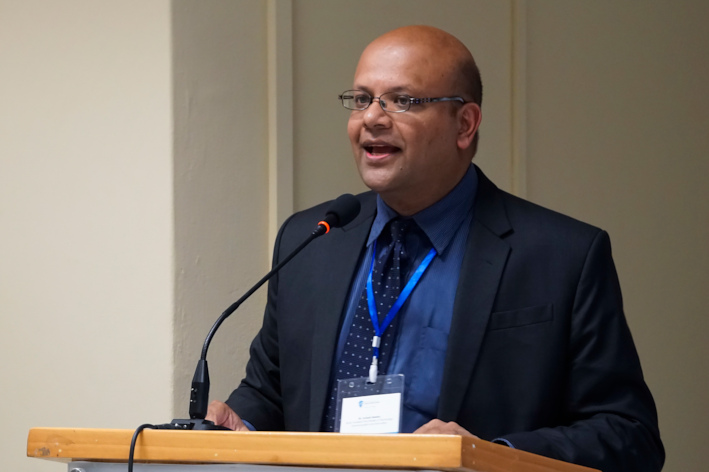 For all the non-French speaking readers of this blog, I meant to say that I was invited to give a speech on The Digital Economy: Challenges and Opportunities in Research for the Socio-Economic Development of Mauritius. This was during the Research Week organised by the University of Mascareignes, one of the four public universities in Mauritius, notable for its affiliations with French universities and for the use of French as the medium of instruction. 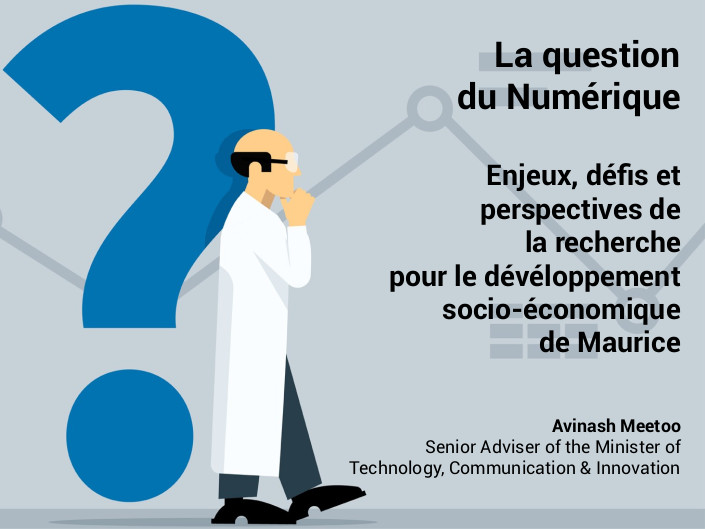 I started my presentation with Vision 2030 of the Government which is about transforming Mauritius into an high-income and inclusive country well before 2030. For this vision to become true, a number of growth enablers have been identified: 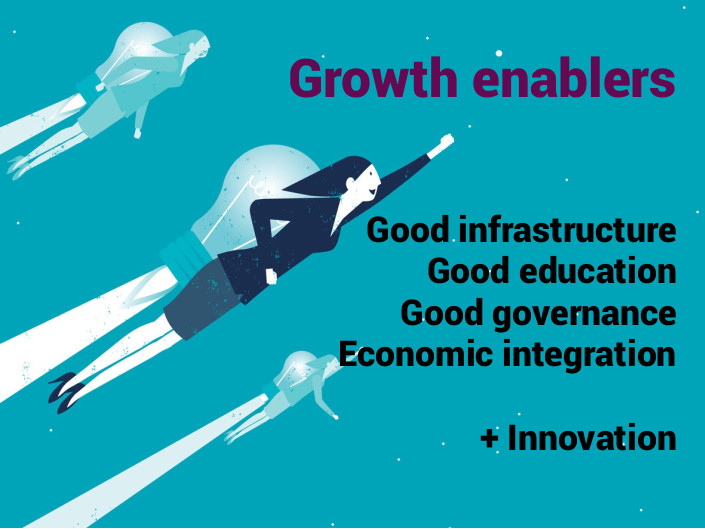 They are having good infrastructure (Internet, roads, buildings, hospitals, etc.), having good education (the 9-year schooling reforms, free education for undergraduate students in public universities and polytechnics, etc.), good governance, economic integration (or, else, one can forget about inclusiveness…) and, of course, innovation.

We are fortunate to (more or less) have the first four in Mauritius. Concerning innovation, we still have some work to do but things are moving in the right direction thanks to the contribution of startups, incubators and some of the private companies which exist. 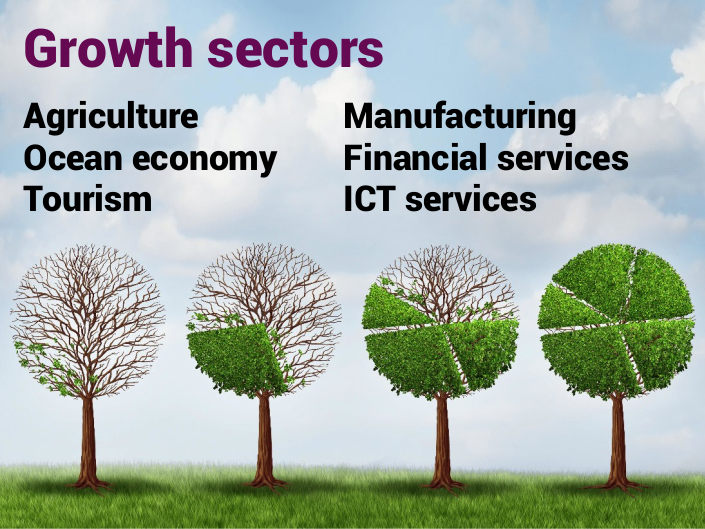 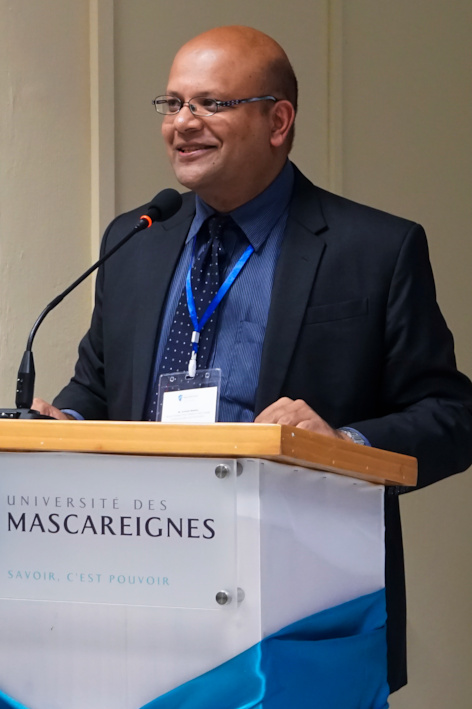 At this point, I asked a question to the audience: how many of them were aware of this strategic plan for Mauritius, namely Vision 2030? Only a handful were and I told them that there are two culprits: us (for not having marketed the document properly) and them (for not being curious). Interestingly, we all agreed that this was not very good, hence my focus on writing a few posts on this blog referring to Vision 2030 and giving links to the official documents…

I then talked about the research perspectives. I told them to, first of all, form multidisciplinary teams of researchers and students, identify an important problem in one of the growth sectors, make sure that the problem is a big one instead of being a trivial one and work hard on solving the problem!

Easier said than done obviously. But much needed if we want to transform the country. 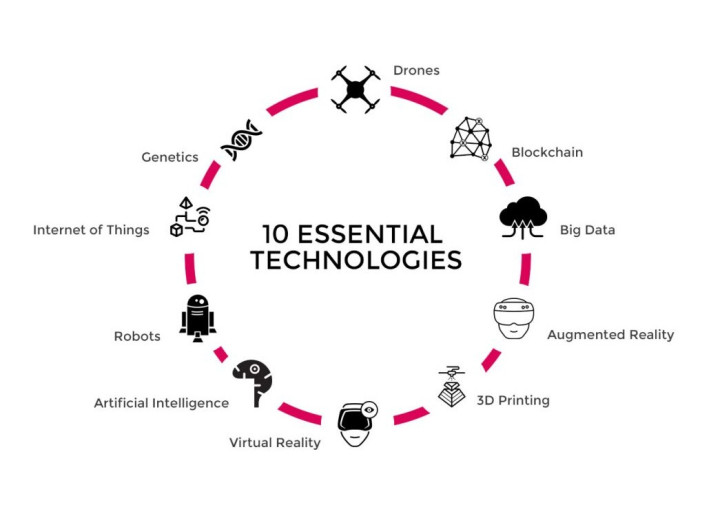 I then spent a few minutes talking about essential emerging technologies that they could use to solve the problems identified. I focused on Internet of Things (to collect data with sensors), on databases and blockchains to store data (the latter being for data which should not be tampered with), on analytics (which I like to call statistics) to infer things and on Deep Learning, once again to infer things, but only when the data is too big or too unstructured.

The interesting thing is that a lot of people told me afterwards that I had made this part really easy to understand for them. I’m happy about that.

At the end, I told them a big thank you and that their contribution counts in making the Republic of Mauritius (which includes Rodrigues, Saint Brandon and Agaléga) a better place. 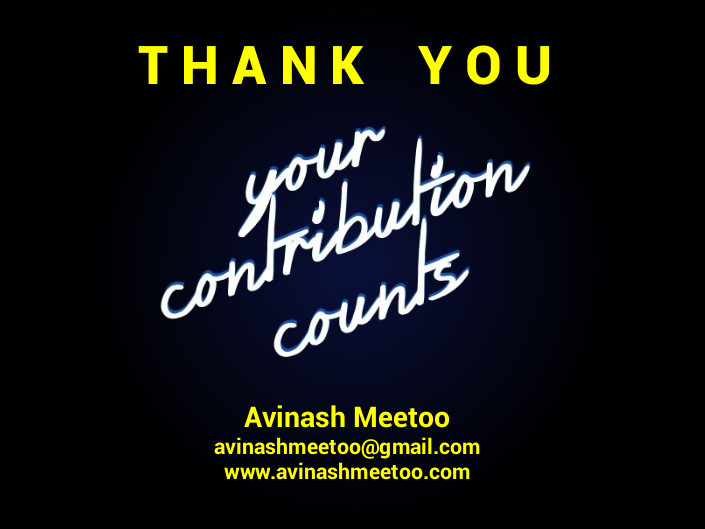 An interview with Vint Cerf in Mauritius

The Importance of Managing Money