Yesterday, I watched an intriguing video on YouTube called How I’d Learn Music Theory (If I Had To Start Over) and, interestingly, it’s not really about music theory only but is about how to learn in general. One of the key recommendations was to read articles from research journals and, because the video was about music theory, a peer-reviewed journal called Music Theory Online was mentioned.

In it, I found this interesting research paper, which is actually an “essay”, by Jeremy W. Smith from the School of Music at the University of Louisville in Kentucky, USA. It is about how modern music uses pitch slides (glissandos), crescendos, fade ins, accelerandos, and filter sweeps (which the author calls continuous processes) to create excitement and tension, compared to more traditional notes, melodies and harmonies (which are discrete). Clearly, the author had a lot of fun and is surely a fan of EDM like me.

Underlying everything in the video is the fact that, instead of learning theory for the sake of theory, one should learn enough theory in order to get interesting things done and then learn more of the theory to get more interesting things done, etc., etc. And connect things which were previously disconnected.

By coincidence, I also read The Age of the Essay by Paul Graham yesterday, and he says: “Study lots of different things, because some of the most interesting surprises are unexpected connections between different fields. For example, jam, bacon, pickles, and cheese, which are among the most pleasing of foods, were all originally intended as methods of preservation. And so were books and paintings.”

I fully agree with these sentiments. 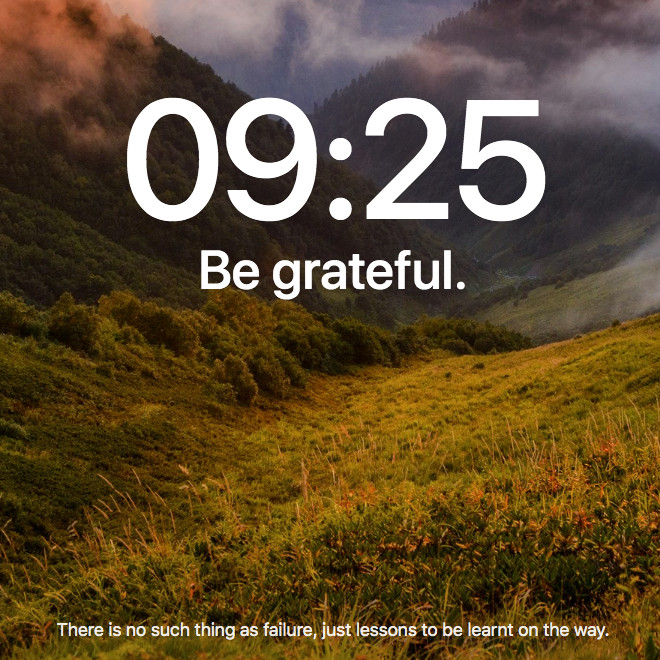 Switched on my computer and was greeted with this: “Be grateful. There is no such thing as failure, just lessons to be learnt on the way”.

This is very nice… and something I have experienced countless times since I was a kid. Every setback was an opportunity to learn a (life) lesson and ultimately made me a better person. And, speaking of becoming a better person, Christina also have this life philosophy. And I am happy to say that we also share this with Anya and Kyan.

Anya and Kyan finished their HSC and SC exams yesterday and, while the whole year was tough (for many reasons), they have learned quite a lot of good lessons and, consequently, have become better people. We love this.

Here are some photos of them yesterday coming back from their last exam.