A big thanks to Alwin Sungeelee who shared this video to Christina and I yesterday. It’s an investigative interview of Tharman Shanmugaratnam (SG), Deputy Prime Minister & Minister for Finance of Singapore by Stephen Sackur (GB), Presenter, BBC HARDtalk.

It was conducted during the 45th St. Gallen Symposium in 2015 and the theme was “Singapore: 50 years after independence”.

Here are some notes I made while watching the video which I would like to share with you:

(1) The most important decision made by the Government in Singapore was to have state-funded and state-built estates (i.e. apartment in blocks) for lower-class, middle-class and upper middle-class people with ethnic quotas imposed by Government. This was to make sure that different people (different backgrounds, different religions, different cultures…) mix and grow together so that they ultimately can work and create together.

(2) Immigration is essential for companies to get the best talents, expertise, network. One third (1/3) of the current workforce in Singapore is foreign.

(3) Singapore needs to be open but remain Singaporean to the core. This means that Government has to define as precisely as possible the values that need to be shared among all Singaporeans.

(4) Singapore never invents anything. All institutions are inspired by what works in other parts of the world. As a result, it’s easier to have successes than failures.

(5) Singapore has high-skill high-wage enterprises today and this is important for a country to progress.

(6) One should not forget the intangibles (i.e. values): being constant, keeping to your promises (which obviously means that everything should be strategically planned).

(7) A country needs to make its elected accountable. It is important to create a culture of accountability where electors can expect their politicians to actually do what they promised they would do while campaigning.

(8) A country never arrives — a country needs to constantly develop.

(9) One thing that Europe and the US have managed to do is to give respect to manual workers (blue collar workers) and allow them to contribute at all levels. This is not yet the case in Singapore.

We still have a lot of work to do here in Mauritius. And it all starts by Nation building. I wonder whether this should start by introducing kids to the contemporary history of Mauritius (say, since Independence in 1968). Most young people I have spoken to do not have a clue of what happened at the end of the 70s in the country and/or the kinds of social and economic transformation which happened during the 80s and the 90s. That’s a pity.

Then, of course, it’s all about strategic planning, methodical execution and careful auditing. 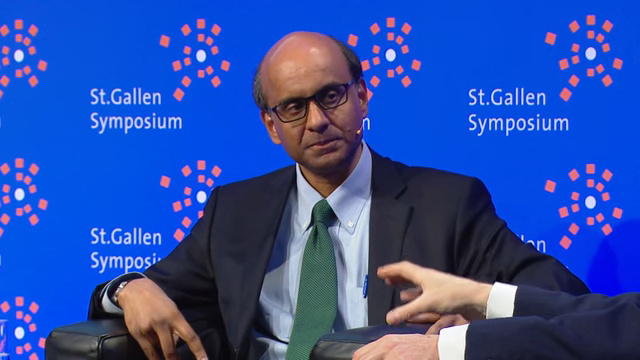